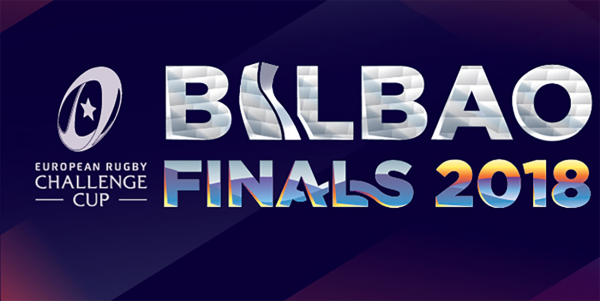 Here we lay out the details and ins and outs of the European rugby finals at San Mames. Don’t miss out!

The countdown has already started to the European rugby finals at San Mames. The grand final will take place on May 12 at “The Cathedral” and we want to tell you about all of the details.

Details about the European rugby finals at San Mames

If one thing is clear, the now not-so-new San Mames stadium is not just a football stadium. It's much more! San Mames has already hosted many international events in Bilbao, such as rock concerts. However, many more are still to be held there, such as the Group E matches of the 2020 UEFA European Championship. But we don’t have to wait until 2020. This year, San Mames will mark another milestone in its history by hosting the European rugby finals. Without doubt, San Mames is a leader on the international sporting scene and the European rugby finals highlight this.

Bilbao did not have an easy time getting to hold the rugby finals at San Mames. The city won a competition in which many of the candidates were cities where rugby is a major sport.

"We received exceptional bids, which is testament to the transparent and detailed process that we have implemented. Bilbao has a very modern Stadium with financial and operational guarantees, allowing us to offer fans an unforgettable rugby experience in a new environment." Vincent Gaillard, director general of the international organisation.

Against all odds, Bilbao beat Cardiff and Newcastle, with the latter being the winner to host these two finals in the 2019 season.

“We are very excited to be taking the best club rugby in the world to fans in what is largely a new market. Bilbao is an excellent destination which breaks new ground for our tournaments and we see this as a big step in the expansion of our sport across the continent." Simon Halliday, EPCR Chairman.

The Challenge Cup will take place on May 11, while the following day, May 12, the final of the Champions Cup will take place. Tickets went on sale last year and there are an increasingly fewer number left. The ticket price ranges from 20 to 95 euros depending on the seats. Anecdotally, in the first three weeks after the news became known, the European Professional Club Rugby online platform sold no fewer than 16,000 seats. However, there are now 53,289 seats in the new stadium and it is hoped to be able to accommodate the great fans of this sport for what will be a true sporting spectacle.

Rugby, a sport on the rise

Rugby, which came into being in England in the 19th century, has been gaining followers in Spain and increasingly in the Basque Country. It is a sport based on physical contact, but one in which honour and tremendous respect for the opponent prevail. This has made it a discipline admired by all sportsmen and sportswomen in particular and society in general. In addition, rugby's defensive strategy has also become a benchmark for other sports and sectors. It is, without doubt, fantastic news for San Mames and Bilbao that a sporting event like this will be held there. An event that will welcome fans of this sport worldwide and a stadium that is sure to allow them to enjoy rugby in its purest form.

How to enjoy a unique experience at San Mames Stadium

Why is San Mames called that?