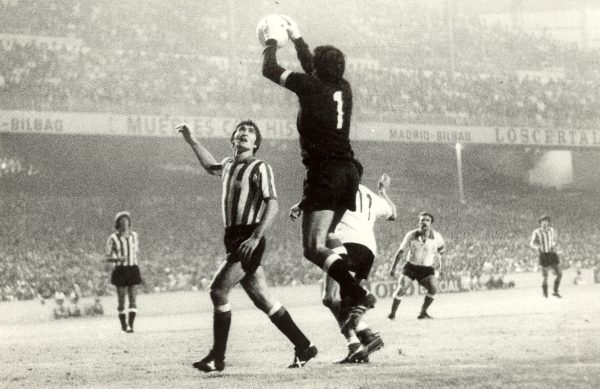 Let us tell you about the construction of San Mames, one of the most emblematic buildings in Bilbao, whose history goes back to 1913.

The San Mames stadium is one of the many iconic buildings in Bilbao and every year it receives more and more visits from football fans and tourists alike, looking to see this wonderful architectural work, both from the inside and outside.

It has become an attraction and, for this reason alone, it is worth sharing how the construction of San Mames was, one of the architectural works of which the people of Bilbao are most proud after the Guggenheim.

But, to retell how its construction was forged, it is necessary to go back to 1913 and, from there, describe a series of historical milestones that marked a before and after for the Cathedral of football.

Historical landmarks in the construction of San Mames

One year stands out in telling the story of the construction of San Mames: 1913.

In the 90s, Bilbao City Council starts the first projects to modernise the city, the seed for the planning of a new San Mames.

From 2004 onwards, the Board of Directors took the steps required to start the new San Mames project.

On May 26, 2010, the first stone of the new San Mames was put in place. The stadium would be constructed on the site of the old trade fair and the old San Mames stadium.

In the first phase of construction, the side stands and one of the ends were built. Once built, Athletic Club started to play in the new stadium, even though one of the ends had not been completed.

At the same time, the old San Mames was demolished, allowing the old stadium to celebrate its 100th anniversary.

On September 16, 2013, the first phase of the stadium’s construction was launched.

In November 2015, the stadium received the award for the best sports building in the world by the World Architecture Festival held in Singapore.

On November 21, 2017, the extension of the roof of the Cathedral was honoured at the international Structural Awards, which recognise the best structural engineering projects in the world.

That was how the San Mames stadium was crowned one of the best and received awards on a number of occasions since its inauguration.

It continues to provide shelter for the red-and-white fans on every match day and provides fantastic acoustics for the songs that cheer the Club on.

A magnificent fusion of old and new. Another chapter in the history of Athletic Club, a step forward, but one that does not forget the past.

Story of the Athletic Club strip