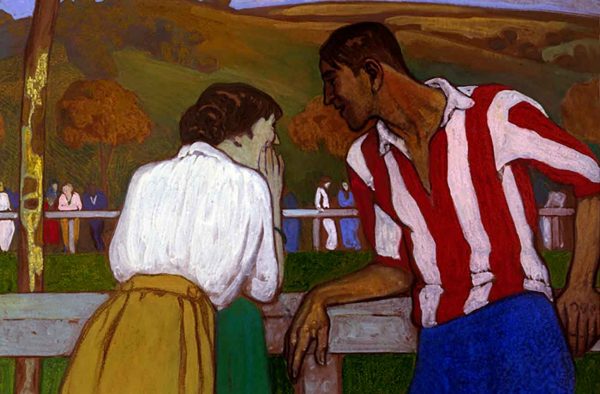 Let us tell you how the legend of Athletic player Rafael Moreno Aranzadi, better known as Pichichi, was forged, the man who gave his name to the trophy awarded to LaLiga's top scorer

Over the years, many terms have originated in the world of football, giving their name to hobbies, songs and trophies, among others. This is true of “alirón” or the Pichichi Trophy, but who was Pichichi? Every football fan knows that the word“Pichichi” refers to the player who scores the most goals during the Spanish LaLiga and that it is an honorary distinction that is awarded every year. However, not everyone knows who Pichichi, a charismatic Athletic Club player, was.

Pichichi, as Rafael Moreno Aranzadi was known,was born in Bilbao on May 23, 1892, nephew of the well-known writer from Bilbao Miguel de Unamuno. The nickname would be given to him by his brother Raimundo, due to his short stature, without knowing that he would be one of the most mentioned in the world of football. Beyond his biographical details, Pichichi was Athletic Club’s inside left and scored the first goal in the San Mamés stadium, which was inaugurated on August 21, 1913 against Racing de Irún. But this was not the only thing about him of note.

6 things you should know about Pichichi

In short, he was one of the best goal scorers of his day. In 1953, the Marca sports newspaper created the award for the highest scorer in LaLiga and, when the time came to name the trophy, they thought of one of the most emblematic players of the first quarter of the 20th century, Rafael Moreno Aranzadi “Pichichi”. A well-deserved recognition that is still valid today. If you are interested in knowing more about who Pichichi was, we recommend that you visit one of the best museums in Bilbao, the Athletic Club Museum, which we have already mentioned on previous occasions. Also, if you visit San Mamés, you can take your picture with the bust beside the pitch, where floral offerings are made every time a team comes to play at San Mamés for the first time.